Children Of The Resurrection 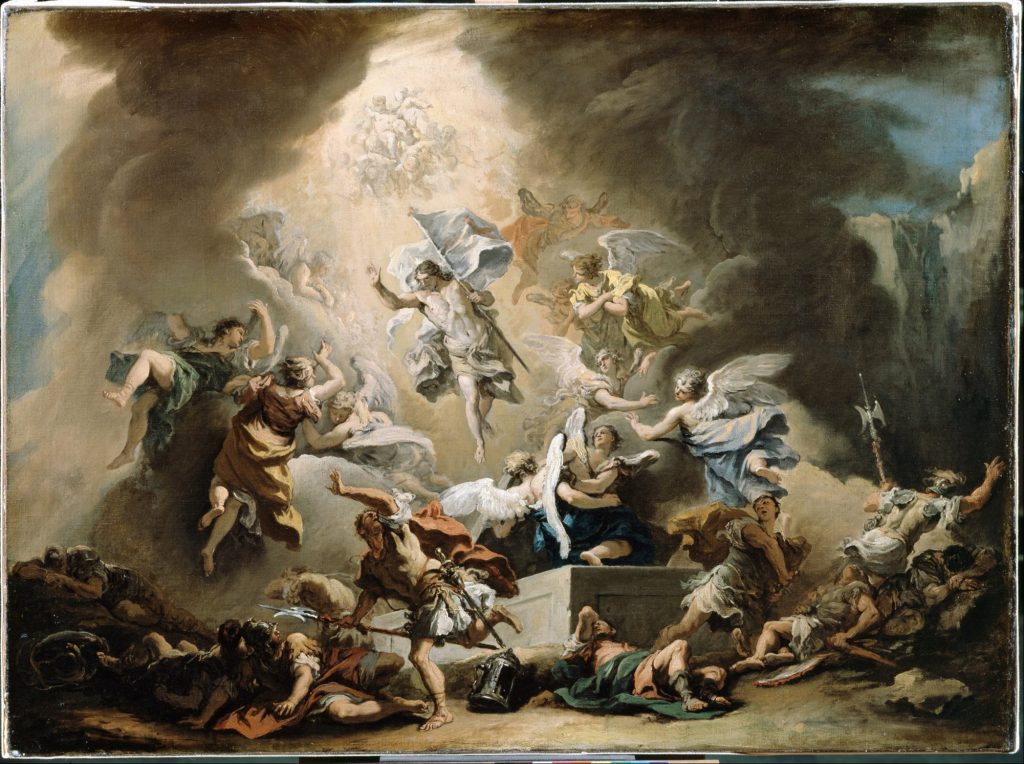 Once upon a time there was an old woman who died and was taken to the Judgment Seat by the angels.  While examining her records, however, they could not find a single act of charity performed by her except for a carrot she had once given to a starving beggar.

Such, however, is the power of a single deed of love that it was decreed that she be taken up to heaven on the strength of that carrot.  The carrot was brought and given her.  The moment she caught hold of it, it began to rise as if pulled by some invisible string, lifting her up toward the sky.

A beggar appeared.  He clutched the hem of her garment and was lifted along with her;  a third person caught hold of the beggar’s foot and was lifted too.  Soon there was a long line of persons being lifted up to heaven by that carrot.  And strange as it may seem, the woman did not feel the weight of all those people who held onto her;  in fact, since she was looking heavenward, she did not see them.

Higher and higher they rose until they were almost near the heavenly gates.  That is when the woman looked back to catch a glimpse of the earth and saw this whole train of people behind her. She was angry!  She gave an imperious wave of her hand and shouted, “Off!  Off, all of you! This carrot is mine!”  In making her big gesture, she let go of the carrot for a moment –  and down she fell with the whole group.

Jesus is faced with certain Scribes who said there is no resurrection.  But, Jesus is very clear that there is a resurrection, that in death we are sons and daughters of God and children of the resurrection.  For God is the God of the living not the dead.

As Catholics we express the core of our beliefs each Sunday when we profess together the Creed.  Usually we use the ancient Apostle’s Creed, whose final line says we believe in “the resurrection of the body and life everlasting.”

We do believe in a life after death and when we proclaim our belief in the resurrection of the body, we are saying that we remain who we are.  We will know each other in this new life.  You will know your loved ones and be with them again.  We do not become something or someone else or just become part of some mass group.  In the resurrection we maintain our identity.

As Catholics we have a saying, Lex Orandi Lex Credendi, that the way we pray is the way we believe.  What we believe about the resurrection and life after death is celebrated in our Catholic Funeral Rites.

The Catholic Funeral Liturgy uses symbols connected to Baptism and to Easter, since in Baptism we were first united to Jesus and his death and resurrection.  We focus on Easter to highlight our belief in the resurrection.  The priest wears white garments as at Baptism and Easter.  The Easter Candle is lit near the casket or ashes, a white pall is placed on the casket as symbol of the white baptismal garment.  Water is sprinkled as a reminder of the water of baptism.

Eulogies are not normally central in the funeral liturgy because we are not just remembering a past life that is now finished.  We are looking forward to the resurrection and the hope that we will be together again.  In our grieving we are also people of hope.

We are people who believe in the resurrection and life everlasting.  This belief we profess each Sunday in the Creed, and we celebrate in the Catholic Funeral Rites.  We are also to live what we believe.  That means we are to live now ready to enter the life of the resurrection.

We do that by living as children of God right now, by learning not to cling to things in this life, money, possessions, anything that interferes with the way of God, of truth, of justice, of love.

That woman was being carried up to heaven by one small carrot given as an act of love.  What are the acts of love carrying us?  In the end, it did not bring her all the way, because she was even clinging to this small carrot, “it is mine.”  We all need to become free, no longer clinging, this is mine, that is mine.  Then we will be sons and daughters of God, children of the resurrection, light enough to be carried into life everlasting. 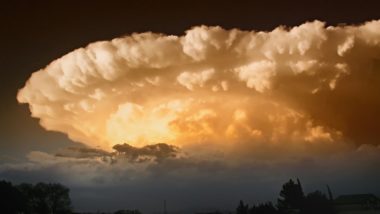 Read The Signs Of The Times 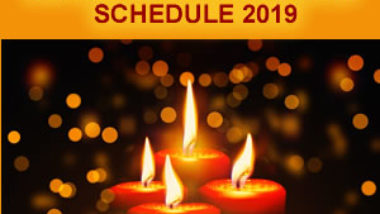