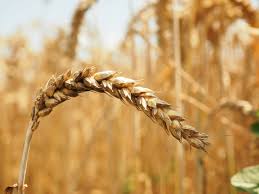 At the beginning of our Gospel reading an interesting scene unfolds. A number of Greeks who were at the Jewish festivities came over to the disciples in order to see Jesus. These Greeks were most likely not interested in meeting Jesus purely for religious motives, but likely rather due to the fame and recognition which followed Jesus at this time. These Greeks singled out Phillip among the disciples to inquire about Jesus, probably due to Phillip’s name and his origins. In fact, Phillip was named after the founder of the Greek city Phillipi and was originally from Bethsaida, near the Decapolis which no doubt provided a cultural connection and common ground.

This scene then leads to Jesus giving a discourse on his sacrificial love for others and the meaning of life. In particular, Jesus uses an agrarian analogy which although largely lost on our modern society, was a part of every day life for his listeners. This Gospel passage, could be perhaps misunderstood, especially if taken out of context. It is however, a beautiful reflection on the meaning and the beauty of life.

Unless a grain of wheat falls on the ground and dies…

Jesus’s analogy of a grain of wheat reminds us of an age-old dilemma: If you have a handful of wheat, is it better to eat the whole thing right away and enjoy it? Or is it better to plant the seeds and wait? In waiting, you will have more wheat than when you started – but – you will have to sacrifice and go without until it’s ready to be harvested. Over time, you can increase your amount of wheat from a handful to hundreds of acres worth by saving seed, but it takes time, discipline, and sacrifice to arrive at that point. It’s very tempting to eat the handful of wheat and not have to sacrifice anything. Yet, in sacrificing and waiting, you can eventually turn a handful of wheat into thousands of bushels.

…it remains a single grain

Jesus uses this analogy to drive home to his agrarian listeners that ‘dying to self’ or making sacrifices for a worthy cause can produce immense reward in our lives. We live this truth out to a certain extent already in our society. For example, we sacrifice a significant part of our adolescent lives in pursuit of education. We die to our self and make sacrifices in order to gain knowledge. We go to the gym and sacrifice our bodies and push sore muscles in order to obtain a stronger body.

This truth holds true not only in the physical sense but in all aspects of our life. If we focus solely on ourselves and sacrifice nothing for others, we will lose out on some of the most beautiful aspects of life, such as relationships. Someone who never dies to themselves and never lives for others will not have a full understanding of what a real relationship is. When we die to ourselves and sacrifice our time and some of ourselves for others, we reap a gain of community, comradery, and true love between others and ourselves. Those who are afraid to sacrifice anything for others, or who are afraid to risk anything and want to ‘play it safe’ are ironically most at risk to missing out on what actually makes life beautiful.

When we look at it this way – this Gospel doesn’t seem so misunderstood. It is therefore not that Jesus is telling us to have a miserable life but instead giving us the most important key to living a rich and full life in all aspects. 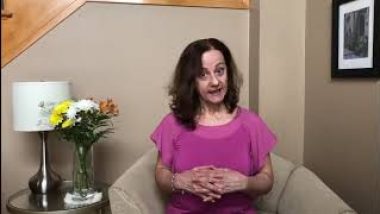 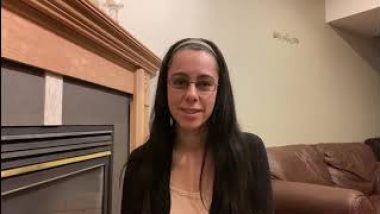