So my friend, John, was telling me a story about a trip he had taken from London to Niagara Falls. This was shortly after he had received his driver’s license and so there were 6 of the them that decided to go to Niagara Falls to spend the day. So in one car we had John, the new driver and Daniel, who had been driving for a few years was following him.

John recalls that while he was driving down the 401, Daniel suddenly changed his lane, and sped up so as to pass John. Now John thought, as young guys usually do, that Daniel wanted to race him so he also sped up and he wouldn’t let Daniel overtake him and get in front of him. Finally, Daniel managed to get in front of John and slow him down and exit into an On Route rest stops. Daniel got out of his car and went up to John and just said,  “Hey John, can’t you see that there is a problem with your car? It seems like your car is off balance. And they quickly discovered that one of the front tires was losing air and was almost deflated. So together they both changed the tire and went on their way safely.

I bring this up because our gospel today is all about building the Church which is intended to be a community of charity. And an important part of charity is fraternal correction, correcting our brothers and sisters when they seem to be losing their way. Because at the time Matthew wrote the gospel, the church was on its own, no longer a part of the Jewish community and so this NEW community needed guidelines for its life together and in this particular gospel of Matthew, we have an important guideline emphasized.

You see, faith in Jesus and his teachings are the basis for this new community and so believers will have to live in a way that reflects their founder and since Jesus revealed a forgiving and compassionate God, the life of the community must do the same. And when someone is wandering down a path of destruction, or a path that takes them away from being like their founder, there comes a point where some type of a conversation might be necessary so they don’t end up in an accident kind of like Daniel and John.

But I must say that when it comes to correction, there are two extremes that exist in our society and it’s a bit of a paradox because on one hand, is this societal attitude of non-judgmentalism. For example, one might say: “I have my own way and my philosophy, so who are you to tell me what to do; no one can judge me.”  At the same time, another attitude that is also prevalent is hyper-criticalism. Society can be so critical of anything and everything. There are all kinds of criticisms that end up destroying others’ reputation with bitterness, anger and condemnation. This is extremely prevalent in social media and politics.

Jesus shows us a different way

But Jesus shows us a different attitude. And that’s the attitude of taking responsibility for each other. Jesus invites us to share our responsibility for one another and that correcting our brothers and sisters is something that must be done out of charity and love. Because to love is to desire the good of the other. Love doesn’t mean that we always approve of everything that other people are doing. In fact, in our First Reading the Lord reminds Ezekiel, and us, that it is our moral responsibility to warn a brother or sister if they are doing something evil.

But the attitude we have when we do this must be one of charity, not of superiority.   Some people correct others because they are busy bodies. Others, like the self-righteous Pharisees, engage in correction in order to exalt themselves by putting others down. However, we are called as Christians to intervene out of love. Love for God and for each other.

Correction from a practical standpoint

Therefore, we need to pray for each other first and from there the Lord invites us to enter into a dialogue. Today’s society tends to try and resolve disputes through rules and regulations, lawyers and courts, fines and penalties. BUT Fraternal correction requires us to first enter a respectful and sincere dialogue with each other in which we truly listen to the other person.

All of this requires wisdom and prayerful discernment and a willingness to cooperate with each other, kind of like Daniel and John. Daniel not only pointed out that there was a problem, but he stuck around to help John through the problem. Let us ask today for this type of wisdom and grace from the Lord. To love as He loves. 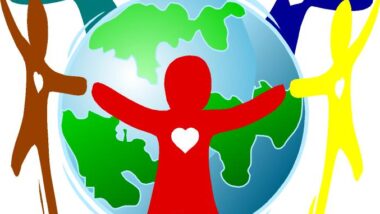 We Do Not Go To Heaven Alone 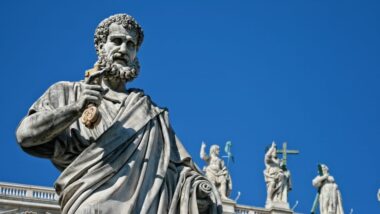