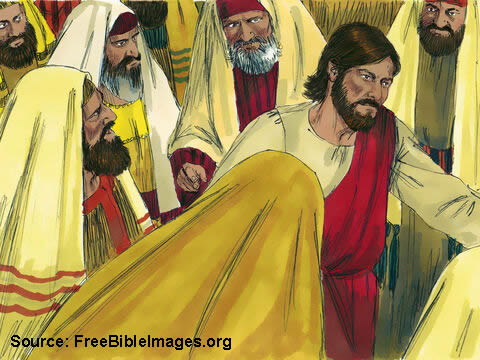 We think of God as strong, but we should think of God as weak.  God chose to come among us in a human being.  A regular human being like us.  God became weak.  This God became vulnerable.  Even willing to risk being rejected.  In Jesus we see God being rejected in his own home town.  People who refused to even try to understand who he was and what he was doing.  Jesus experienced being weak and rejected.

Paul also experienced weakness and rejection.  He struggles with this weakness, but hears God speak to his heart saying, “My grace is sufficient for you.  For power is made perfect in weakness.”  Paul comes to understand that when he is weak then he is strong.  In weakness the grace of God is able to come forth.

Today our Catholic Church is experiencing rejection, and a sense of great weakness in the face of opposition, criticism, attacks, hostility.  I know that for many of us it can be very discouraging.  But, like Paul, it is sometimes in that very weakness that God is able to work, the grace of God is able to come forth.

Like God, the church is not about control, not about domination.  Not about being strong.  It is about the grace of God. When the church has been powerful and strong, when the church has joined political power in order to impose its way on a society, it usually failed to be an instrument of God’s grace.

The residential schools are a good example of this.  The church became tied in with the colonial power of the state.  Imposing its will on a particular group of people.  In this it failed to be an instrument of God’s grace.

Today among the indigenous people, the church is much more humble and chastened.  Today the church approaches mission in a very different way.  Not imposing on others but walking with and even learning from others.

The church today must be like Paul.  “Content with weaknesses, insults, hardships, persecutions, …”  When I am weak I am strong.  The church does not need to defend itself, rather we need to listen, face honestly this history, even when it is difficult.

We do not need to be afraid of being weak.  This is an opportunity for us to become an instrument of God’s grace, but not through power, influence or control.

The people of the hometown of Jesus rejected him.  They already had a vision in their head and were unwilling to listen, to pay attention, to come to know something deeper about him.

We people of Faith, as Christians, we can become just like those people.  We have in our head an idea of Jesus, an idea of Catholic faith.  So, we are no longer listening, no longer paying attention.  It makes us afraid of any change, prevents us from going deeper in our faith, causes us at times to reject what new things God is doing in our midst.  We want to keep things as they were or at least as I have always thought that they were.

Listen, because perhaps Jesus is among us in a new way, revealing something new and deeper.  Watch that we are not rejecting Jesus like the people in his hometown because we are too comfortable with our way of seeing things.

Jesus experienced being rejected.  People refusing even to try to understand who he was and what he was doing.  Paul also experienced rejection and a sense of great weakness.

This moment in history calls for the Church to be weak.  To be vulnerable.  Like God who came among us weak and vulnerable.  We need to be willing even to be rejected.

We need to become a church that listens carefully, to all people, to all among us.  Listen so that we will not end up rejecting the presence of God in our midst.  Especially we need to listen when it is not comfortable. 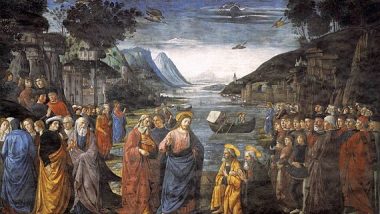