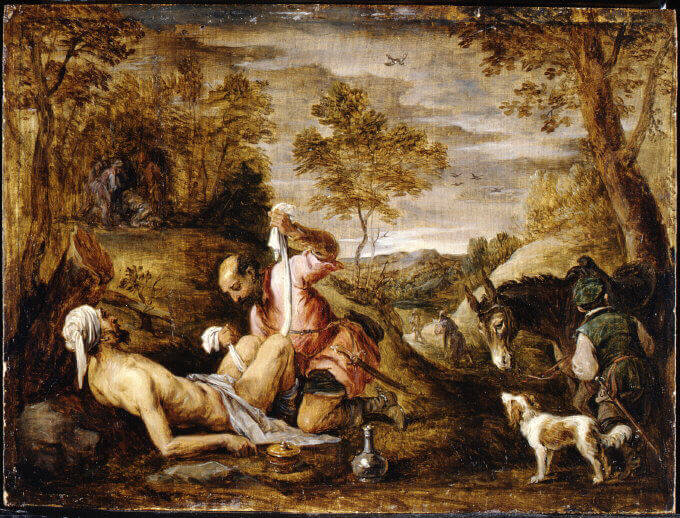 Is there poverty in Hamilton?  We probably know from the news and realize that there is poverty.  But most of us live in comfortable houses, in nice neighbourhoods.  We drive in our cars right past any poverty, often not even aware it exists.  We are busy doing many things.  It is possible that many of us go right past the poverty, like the Levite and priest who went right past the man lying half dead in the story of the Good Samaritan.

St. Paul speaking of Jesus says, “ Christ is the image of the invisible God.”  We sometimes speak of Jesus as the face of God.  When we look to Jesus, we are coming to know the living God.  When we read the Gospels, when we celebrate the Eucharist, the vision of Jesus reveals to us the God we cannot see.

An example from today might be how Ukrainians see Russians in this moment.  Imagine a Ukrainian telling a story in which a Russian soldier is the hero.  Yet, in the story of the Good Samaritan, Jesus makes the hated outsider Samaritan the hero of the story, the Samaritan becomes the model for his own followers.  The outsider is the hero.

In the eyes of Jesus there are no outsiders.  The Levite and the priest, who would be considered religious and righteous, were obeying and following the rules.  It was the Samaritan, the outsider and outcast, who shows compassion.  If our religion only is about following rules but fails to lead us to compassion, then it falls short of the way of Jesus.

The lawyer asks the question, “who is my neighbour?”  It implies that he wants to put a limit to whom he is required to show mercy.  It is made more clear by asking this question a little differently.  Really he is asking, “Who is not my neighbour?”  Well, whom do we refuse to see as a neighbour?  Whom do we see as an outsider to be rejected and avoided?  Who is not welcome in the church and who does the church walk past without showing mercy?  These are important questions for each Christian and for our parish.

In the vision of Jesus, there are no outsiders, God’s mercy is not limited to a certain group of people.  In the church today, who might be considered an outcast or outsider?  If we are treating any person or any group of persons as outsiders to be avoided, then we are far from the vision of God revealed in Jesus.  If we are walking past any person or any group of persons without showing mercy, we are not following the way of God revealed in Jesus.  The story of the Good Samaritan should challenge deeply those of us who are followers of Jesus.

For Jesus, the image of the invisible God, there are no outsiders, there are only neighbours to whom we need to show mercy. 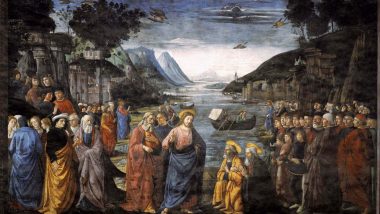 Do People Experience God’s Kingdom Through My Presence?