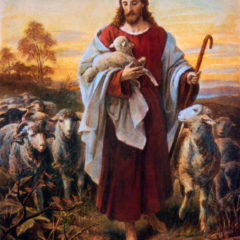 The Call of the Good Shepherd 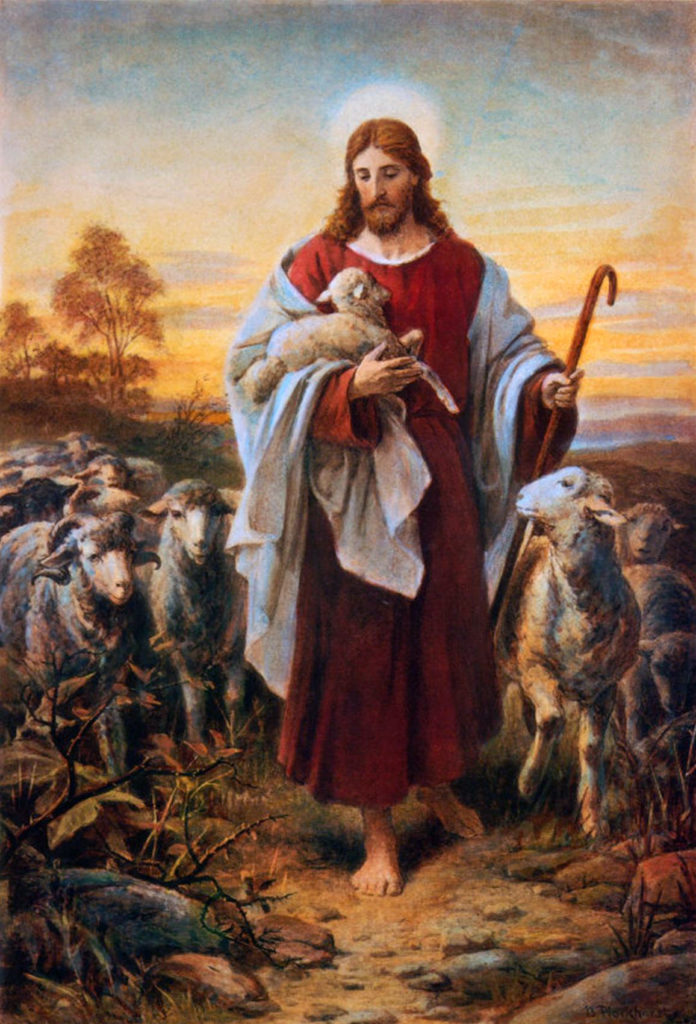 ‘He calls his own sheep by name and leads them out’

When I read this, it made me think of a common event that happened at home.

I remember growing up my mother would call my siblings and me. This meant dinner was ready and she wanted us to come set the table so we could start dinner.  Sometimes, she would call us by the wrong name.  We came anyway; we knew the drill.

I want to share with all of you how the Good Shepherd called me to the priesthood.

One summer day in 2012, an aunt and cousin of mine came to visit from Mexico. After a few days, I grew tired of babysitting my younger cousin all the time. My aunt asked if I wanted to go out.  That day I surprisingly said yes although I didn’t actually realize where she had invited me. I just remember I was excited. We went to a local chapel for one hour adoration. That is the day that I heard for the first time the voice of the Shepherd inviting me to be a priest.  The call was not an actual voice saying “be a priest” but rather a strong desire to be a priest and celebrate mass. There I found a deep and profound peace. I knew I was in the presence of God of He who had given me the gift of life.

In the years that followed, as I was completing my degree in Environmental Studies, I took the practice of visiting the local parish before and after classes. It was during these daily visits that I heard the call to the priesthood more clearly and my desire to follow Christ more closely grew in my heart. During these visits, I came to know and recognize Christ’s tender care and voice.  Christ’s voice is a constant call to conversion and improvement to better ourselves and to live a life of love and mercy.  I understood the gift of life given to me by God, was to be shared with others in this particular vocation.

Today many people think of vocation as something that is a one-time event. I was called to be a priest so I am a priest; some of you were called to marriage and so you got married.  These particular vocations along with the single life and consecrated religious are rather a way to live our lives. The call of the Good Shepherd to us is an ongoing daily occurrence inviting us to embrace him.

Everyone should strive to listen to the voice of the Shepherd more closely and to carry a conversation with Christ. There can be lots of noise around us but if we persist in prayer and give time to God and put away distractions for at least 15 minutes every day we will be able to recognize that subtle voice of the Good Shepherd calling our own name.  There are so many things that the Lord wants to tell us. We just need to spend time with him on an ongoing basis. It can be 15 minutes in the morning and/or 15 minutes in the evening. Sometimes listening can be the hardest part because we might want to fill the time with spoken prayers.

Let us approach Jesus, the Good Shepherd; the door through which everyone is called to enter. He always offers abundant life.  In contrast with my own mother, God never calls you by the wrong name. Let us be attentive in prayer and pray with intention so we might hear the Shepherd’s personal message to us. 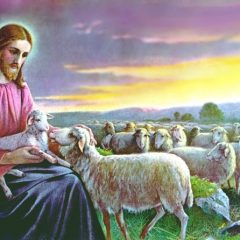 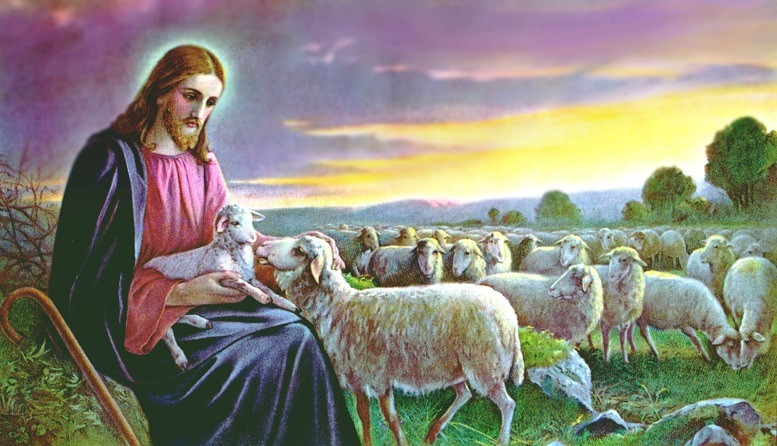 4th Sunday in Easter – Year B

Sometimes I wonder if Jesus knew how absurd some of his parables sounded. Take for example the teaching he gave about not judging. He says, “Why do you point out the spec in your neighbor’s eye when you have a log in your own” (Matt 7:3). It’s ridiculous to imagine a person with a whole log in their eye.

Or what about the sower who went out to sow and threw seeds on rocks, on pathways, in thorn bushes, and some made it to the good soil. Anyone who owned a farm would have told Jesus that person would be fired instantly for being so careless with the seeds. And today we hear another parable that would have sounded absurd to his listeners, a shepherd who lays down his life for the sheep.

I heard of a priest once who was traveling through the holy land when he came upon a shepherd who was walking his sheep to a grazing area. This priest was a little excitable, and when he saw this he was overjoyed that he was actually witnessing a biblical scene.

So the priest went up to the shepherd full of expectation and asked him,

“Oh how beautiful,” the priest thought. “So that means that if you were to ever lose a sheep, you would go through the fields trying to find him, right?”

“What? No! We’d just count that as a write off. We lose sheep all the time. We budget that in,” the shepherd responded.

“Oh” the priest thought, a little deflated. The priest then tried again asking, “Well, what if a wolf came? Would you fight it trying to protect your flock from being devoured?”

“Do you think I’m crazy?” the shepherd said. “I’m not putting my life on the line. Beside the wolf is only going to take two maybe three of them. We can afford that.”

What the priest hoped would be an uplifting and edifying encounter with a shepherd in Israel turned out to be disappointment.

The shepherd that the priest met, if we want to be fair, was a reasonable man. I mean, if a sheep gets lost, a 1% loss isn’t really going to hurt the business. And if a wolf comes by, I’m sure the wife and children of that shepherd would be happy to hear that he didn’t endanger his life for the sake of some livestock.

This leads us to conclude that when Jesus said that he was the good shepherd – that he lays down his life for his sheep – he was making a statement that was absurd to those who heard him, and even to shepherds today.

Of course Jesus sounds absurd. He is thinking a lot higher than us. The fact the Jesus is willing to lay down his life for us, shows that he is madly in love with us. He doesn’t care what it costs him. He wants to show his love, and he wants to pay the price so that we can be with him in heaven.

For us this can mean many things, but I only want to focus on one. Next time you are thinking about the love of God, stop, and remind yourself that you will never, never comprehend the depth of God’s love for you. God made you, God gave you everything you have, and as if that wasn’t enough he died for you. To spend a lifetime contemplating the love of God would not be enough, that’s why he invites us to experience it for eternity.