That’s Not What We Expected But God Knows Best!

Boy, that’s not what I expected!

I remember thinking that many times when I was running scientific experiments in university and also at work when trying new products in the steel plant.

I thought I knew what would happen based on the best information I had, but it turned out very different.  Eventually, as I dug deeper and understood more, I figured out the reason why.

I think this feeling would be the same for the people of Jerusalem 2000 years ago during Holy Week.

On Palm Sunday, as Jesus makes his entrance into Jerusalem, the crowds would have been wild with expectations; however, by Friday afternoon these feelings would have been totally squashed as Jesus was crucified – Boy, that’s not what we expected!

Why did the people have such high hopes?  Why were their expectations like this?

You have to look at the history of this event.  Here is Jesus riding a donkey up into Jerusalem in front of an estimated 500,000 people.  Everyone was there as it was Passover and Jewish people were required to come to Jerusalem to make a sacrifice if they were physically able.

They had heard about this prophet Jesus, he healed the sick, cast out demons, and made blind people see, so excitement was very high!

Also, the people were frustrated as they had been under Roman rule since 63BC, almost 100 years and were tired of the taxes, the lack of ability to run their own country and having to follow the Roman laws rather than their own.

So, when they saw Jesus starting to enter the city, it reminded them of their own history.  King Solomon and King Jehu had entered the city in the same way.

This same procession happened in 135BC when Simon Maccabeus led a revolt that kicked the Syrians out of Israel, and he entered the city as a hero, with palm branches also.

The Jewish people now expected Jesus to be the next military leader to free the people from their Roman oppressors.  This is why they cut down the branches and spread their cloaks out.

But we know that this was not Jesus’ mission and he did not lead a military revolt that week.  He ended up being arrested, tortured and crucified on Friday afternoon, and I am sure many of those 500,000 people said to themselves – that is not what we expected.

I think this is a good lesson for all of us, especially when it comes to prayer in times of crisis.   Many times, we pray asking God for a result that we are looking for and yet God gives us a different answer than we expect.

He has other plans and most times they result in a much better answer than we could have ever imagined.

The Jewish people were looking for a military leader; they cried out “Hosanna” which means “Save us we beseech thee” but they got an eternal saviour instead.

They looked for a military solution to their problems but got the resurrection and the promise of eternal life instead.

They yearned for an earthly king but got the kingdom of God with all believers as witnesses by their lives instead.

This is a good lesson for us at this time of this global pandemic, as we may be crying out what we heard in the psalm: “My God, my God, why have you forsaken us”?

Maybe it is our expectation that an anti-viral will be found in a day or two; or maybe a bolt of light from the sky will cure all people immediately, or somehow it will just fade away.

But maybe God has a different answer to our prayer.

What if instead of this instant fix He sends these other things instead:

I am not saying that God created a virus for us to learn all these things, because that is not true; but instead that viruses have always come and gone, but the message of God being beside us to walk through them and learn about how to be “fully human” is eternal.

So as we go forward in life, let us not ask why things don’t go the way we might want, but instead revel in how God always uses any challenge in life to bring us closer to Him and then say with gratefulness “Boy that’s not what I expected” 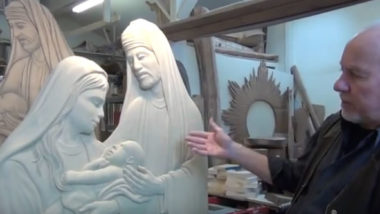 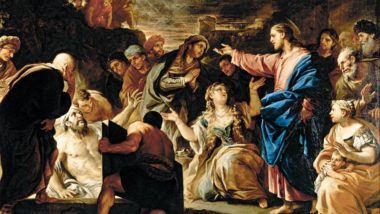