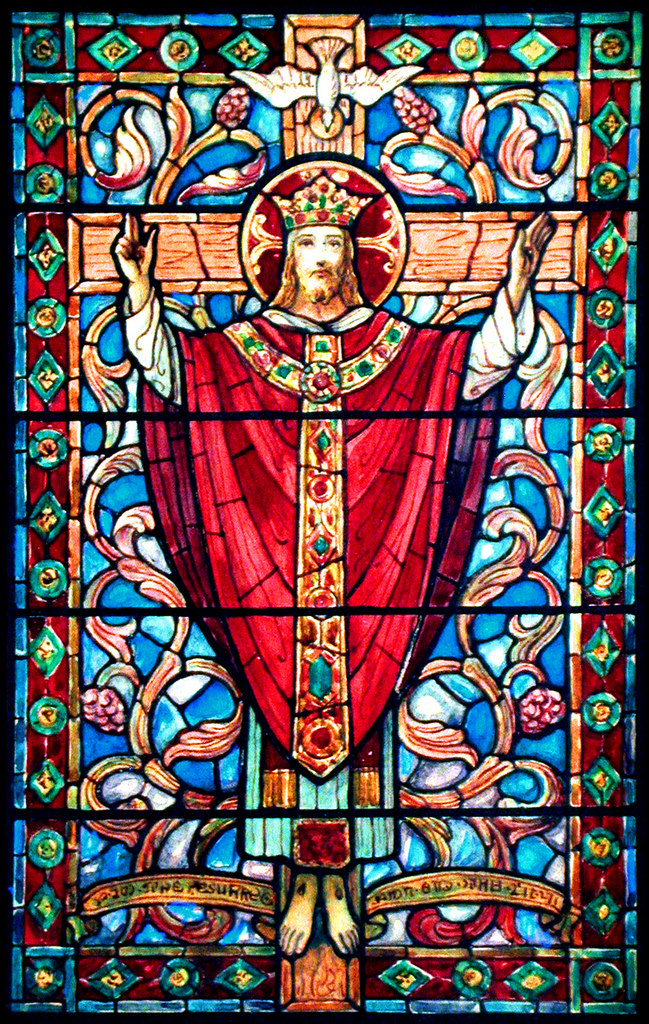 This Feast of Christ the King makes no sense.  Does this image reflect Jesus of the Gospel?

When we think of a King we think of a great powerful figure, with servants submissively taking care of all his needs.  Of people being very careful not to do anything to disturb the king who would be able to punish them harshly.  A king is one who is served by others and who has power over others.

But, then we hear the gospel that the Church gives us for this Feast of Christ the King.  We see Christ being dragged as a prisoner before Pontius Pilate, the Roman Governor of Judea.  He stands before Pilate as a weak, helpless figure.  Being interrogated and in a sense ridiculed.  This Christ is not one being served, but rather one giving his life to serve others.

What a contrast, the great over powering dominance of the Roman Empire and the seemingly weak and small presence of this non-violent figure.

Jesus says, “I came to testify to the truth.”  The power of God is rooted in truth.  The powerful in our world often distort the truth for their benefit or ignore the truth when it is not convenient.  Just look at how so many refuse to acknowledge the reality of climate change or to do anything about it because it does not seem convenient to our present lifestyle.

The Church has been most faithful to its mission when it has spoken the truth to the powerful, spoke out on behalf of the voiceless, the weak, the poor.  This made the Church a threat to rulers, dictators, corrupt leaders, throughout history.

Archbishop Oscar Romero was canonized a saint this year.  He was Archbishop in El Salvador back in the 1970’s.  Here a small group of the wealthy controlled everything and oppressed the majority who were poor.  They used threats and violence to put down any opposition, including priests and religious.  Archbishop Romero began to speak out, to walk with the poor and oppressed.  Soon he also faced threats, to make him be quiet.  But he continued to speak truth to those in power.  Finally, while celebrating Mass one morning, an assassin entered and shot him at the altar.  Here was a leader following in the footsteps of Christ the King.

This Feast of Christ the King is important because our world needs this vision of leadership and power.  Beginning with the Church, which is not to be powerful, influential, rich, successful.  In fact, when we let go of power, influence, wealth, winning and instead live the humble service of Christ the King, then the Church can offer something truly good and valuable to our world.

In Jesus God offers us a completely different vision of leadership and authority.  Not power over others, but power for others.  Not self serving, but serving of others.

Each one of us needs to follow in the footsteps of Christ the King in our lives.  People of humble service, refusing to compromise on the truth even when it is not convenient, not expecting others to serve us but looking at how I can serve others.

So, this Feast of Christ the King makes sense,  it is not that Christ is like an earthly king or ruler, but that all earthly rulers need to become like Christ in humble service. 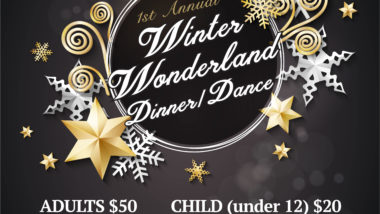 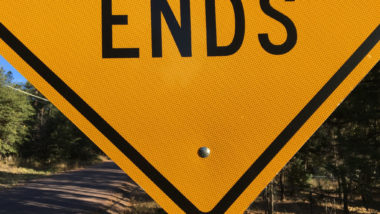 Everything Comes To An End – Fr. Mark