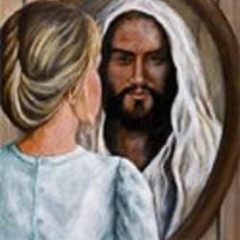 What Face Of God Are You Revealing? 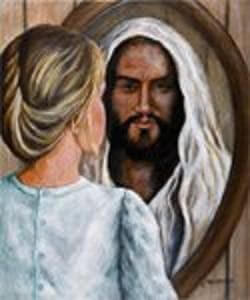 Which image of God is revealed by us? What face of God do others experience through you? Jesus is speaking to his followers about the struggles and difficulties and even persecution that they will face. Then he says, “not a hair of your head will perish.” He is revealing an image of God as one who loves us, as a God who truly cares for us. This is the face of God revealed by Jesus.

There is a story of a dog owner who would give his dog a drink of castor oil every morning. He would grab the dog and hold it tight between his legs and force it into the dog’s mouth. The dog fought against this each time. Then one day, as he was fighting to get the castor oil into his mouth, the dog broke free and the container of oil fell on the ground. To the dog owner’s surprise the dog returned and began to lick the castor oil off the ground. He then realized that it was not the castor oil that the dog did not like, it was the way it was being forced down his throat that he resisted.

Often the faith is not resisted in itself, but rather, people reject the image of God that is revealed by us believers. When we see many in our society rejecting Christianity or Catholic faith, not wanting to be part of the church, we can easily look at them and call them lazy, or sinful, or compromised by secular society, and so on. But, often it is the result of false or unhealthy images of God that they have seen revealed by us Christians. The face of God we show is often what they are rejecting.

What image of God are we revealing? Is it the God revealed in Jesus, the God who truly cares about us? What about our parish, you parishioners. I have to say thank you. I see how you are with each other and with those coming to Mass in our parish. You are hospitable and reveal the good face of God.

When someone is dying, in the end, words are not usually very helpful. In the end, the most helpful thing we can offer is through touch. To hold their hand, to sit beside them.

Unhealthy Christianity is always rooted in fear. So we respond with condemning, trying to control people, and so on. Jesus knew this would be a danger for his followers, so he reminds them of the care of God and says, “By your endurance you will gain your souls.” He is saying to us, stand firm, persevere, do not give in to discouragement and fear. Be rooted in joy as someone who knows they are loved by God, that God cares for them. That, “not a hair of your head will perish.”

When we are grieving the loss of a loved one, there is pain, sense of being abandoned, sometimes we wonder, where is God? Life can seem very hard at times. Jesus says, stand firm, persevere, by your endurance you will gain your soul. Faith is not about everything going as I wish, not everything will go right in my life, not that I will be successful. But, even in the dark moments I am able to endure, to stand firm.

The first Encyclical published by Pope Francis was called, The Joy of the Gospel. In it he describes some Christians, who at times do not reflect joy, but seem to be “Sourpusses.” Well, are we “sourpusses”? Or do we reflect the joy of the Gospel? This is the reflection question for all of us during this coming week. Which image of God am I reflecting to others? Which face of God do others see through me?