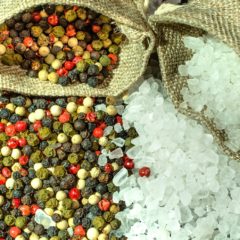 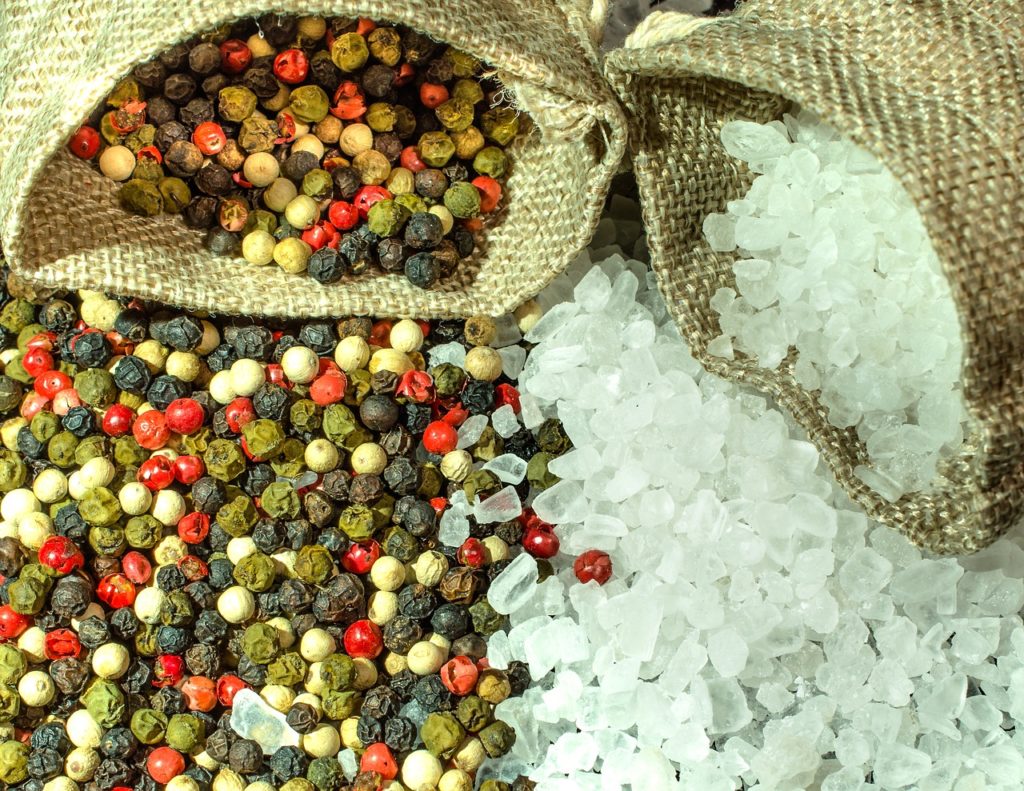 I don’t know about you, but I have a slight addiction to cooking shows and the Food Network.
Shows like MasterChef, Beat Bobby Flay, Guys Grocery Games and of course Chopped are all favourites and they are fun to watch as well as learn a few lessons for our own meals.

One thing I have noticed, is that no matter what the show, no matter what the items they are cooking, the judges will always be upset if you don’t “bring the bold flavours” and the contestants are told “Don’t spare the spices!” especially the salt! (nothing worse than pasta that has been boiled in water without salt).

So, you may ask, Deacon Tom, is this a cooking class today or a homily?

The truth is that the lessons from the kitchen are the lessons that are the focus of today’s readings.
We are told in the gospel: “You are the salt of the earth!”

This focus on salt by Christ 2000 years ago was just as critical as it is today.

Why did Christ use the image of salt? There are a few reasons he probably did this as the people would have known how important salt was in their lives.

Salt was and is also critical for preserving food, whether fish or meat for future use.

Salt is so critical it has been a subject and focus of battles and wars over the years including the great Indian salt march by Mahatma Gandhi!

For the Jewish people of the time of Christ, salt was also linked to purity, as the salt was pure since it came from the sun drying out seawater and it was that beautiful white.

And of course, salt adds flavour to our foods, so it was used in Jewish meals.

Salt was essential, so Jesus was telling the people that their faith life, their witness in the world was also essential and critical.

He warned them not to lose their saltiness so that they would be thrown out into the street.

Interestingly, salt cannot lose its saltiness just sitting there, it is a chemical, so the only way to lose their saltiness, was to get diluted – diluted by getting mixed in with dirt or water and becoming a minor component.
This meant not to get caught up in the worries of the world, or becoming worldly focused on money, power or prestige.

Don’t we have our own saying for this: That person is “salt of the earth” – it means they are down to earth; they are focused on simple and important things like the needs of others.

This is what we hear in the first reading today from the prophet Isaiah.

Isaiah is chastising the people in a way at this point in time. The people have strayed away from God and figured that they would just have a quick fast and that would get them back in God’s good graces.

But God tells them, through the prophet, in the line just before this reading “Is this not the fast that I choose; to loosen the bonds of injustice, to undo the thongs of the yoke, to let the oppressed go free”.

And in the reading, he tells them you need to share your bread with the hungry, to bring the homeless poor into your house, to satisfy the needs of the afflicted!

God wants us to rise up in action and make the world a better place – this is what pleases him more than one or two days of fasting!

God tells the people that if they act in this manner, God will make them and us like springs of water that never fail, He will give us strength and ensure we are protected.

God wants to support us, but He never forces Himself on us – we have free choice for how we live, but He does promise that if we make our relationship with Him a priority and show his love to others, then he will “turn his face toward us”.

St. Catherine of Siena echoed this same thought in her writings, she said: “I have placed you in the midst of your fellows, that you may love your neighbour with free grace, without expecting any return from them, and what you do to them, I count as done to Me!”

This reminds me of the song we sing “Whatsoever you do to the least of my brothers, that you do unto me”.
We show our love for God, by loving those around us – not sparing the salt or spices but bringing God’s flavour to the world!

In the beautiful documents of Vatican II, we are told “all lay people, through the gifts they have received, are at once the witnesses and the living instruments of the church itself.”

Our lives are the spices, the cinnamon, the nutmeg, the turmeric, and the salt of the earth that we are called to spread to the world!

In the psalm we have sung, we hear similar words: “they are gracious, merciful and righteous, they are generous and conduct their affairs with justice, they give freely to the poor” – in other words – they spread their spices widely and often!

We are told that the legacy of being “spicy” people of faith will be remembered forever! It is a legacy that will be passed down to the next generation.

This theme continues in the 2nd reading with St. Paul telling the Corinthians (and us) that the spice we spread is God’s sacrificial love that he showed us on the cross.

The love of one who was willing to give his life for others; not looking for earthly praise.

Paul’s power is not himself but the power of God (the crucified Christ) working through him.
We also don’t serve others and spread the spices, because we are great, but we take what we have been given and spread it to others to make the world a better place – God works through us!

If we are not making the world a better place, then we have become diluted and our salt has lost its sodium and needs to be thrown out. We are called as Pope Francis tells us: not to be lukewarm Christians, but people who are on fire for our faith, spreading daily the message of the gospel through how we live and treat others.

And when people see our good works, they don’t say it was us, but they recognize that God is a priority in our lives and give glory to God for working through us; others see a person who God shines through, not a gifted person.

What I love in the gospel is the phrase: “You are”, not they are, or I am, but you are the salt of the earth!
Not you will become or must work hard to be salt and light – but you already are!

We are salt by Holy Spirit in us! It is our calling to not hoard the salt or keep it to ourselves but instead to scatter it far and wide!

So I would ask one thing for the homework this week:

When you go out each morning, look at yourself in the mirror and say: “Don’t spare the spices!”