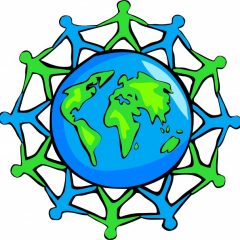 Brothers And Sisters All 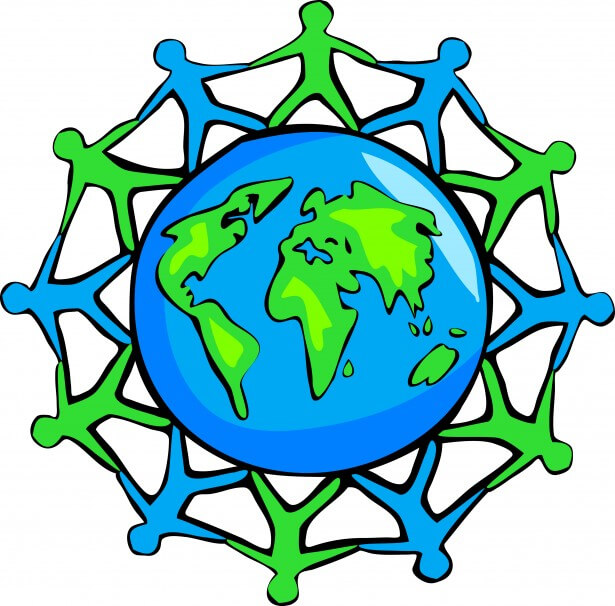 There are certain lines from Scripture that are very familiar to almost everyone, even people who are not religious or who have never opened a Bible.  Today we have one line spoken by Jesus that most people have heard before, even if they do not realize it comes from the Bible.

This one statement by Jesus has been discussed and debated for the past 2000 years.  It has been argued about with people using it to justify many different positions. Issues such as the relation between religion and politics, church and state, and so on.

Jesus was not interested in those debates.  The Pharisees were trying to get him caught up in their battles, Jesus moved the issue beyond all of that.  They divided and Jesus was interested in uniting.

The question they confront Jesus with would be similar to someone asking you as a Catholic about Patriotism.  If someone asked you, do you love Canada or do you love God?  How would you answer?  Most of us as Catholics would see that such a question is wrong in itself.  It creates a division that is not required by true Faith.  It is possible to be patriotic and to love God.  In fact, true Faith and love of God will help us to have a healthier patriotism, a patriotism that makes room for solidarity with people from other countries.

In fact, at times, it is a good and necessary thing to see the failures of our own country, to challenge our own country when it is following a path that is harmful to the human family or to fundamental moral issues.

St. Thomas More expressed the way of Jesus in his life.  He was a man who deeply loved his country but he was convicted of treason for refusing to acknowledge the king as the supreme head of the church in England.  His words were, “I am the king’s good servant, but God’s first.”

Pope Francis has just published a new Encyclical called Fratelli Tutti, which is Italian for the first words in a letter from St. Francis of Assisi, which means Brothers and Sisters All.  It is a call not just to all Catholics, it is a call to all humanity, to see each other as brothers and sisters.  To strive for social unity.

It points out that in our world today we are seeing once again age-old divisions between peoples, racism, nationalistic populism that excludes and separates human beings.  Enormous economic inequalities that leave some parts of the world in poverty, and even within our rich nations, sees certain segments of society left on the margins.

This Encyclical Letter of Pope Francis points to one of the basic principles of Catholic social Teaching.  This is the call to the Common Good.  Governments, politicians, religious leaders, and each one of us within society, are called to reflect on the common good.  The common good versus private individual goods.  When we analyze issues, look at social circumstances, we need to see it in light of the common good.

During this Covid Pandemic, it has brought to light the extreme ways in which the Common Good has been ignored for many years in certain areas. Seniors have often suffered most during this time.  One reason has been a long term neglect, failing to provide proper resources to nursing homes and to supports for seniors to be able to remain at home. The common good does not allow us to neglect people who are not seen as productive or useful.

In the past few months we have seen visible and public ways in which racism continues to be a reality within the human family.  Even something like white supremacist groups are coming into the open.  Our societies at times have long histories and structural roots maintaining racism.

Forgiveness is not enough, we also need to face honestly any ways in which racism is within the structures of our society, our church and within my own heart.

In writing this letter, the Pope was in dialogue with others, including with the Grand Imam of Al Azhar in Egypt, Sheik Ahmed El-Tayeb.  Our church needs to lead in efforts for good relations between all religions.  Pope Francis is inspired by the way of St. Francis of Assisi.  We are reminded of the dialogue that St. Francis of Assisi attempted with the Sultan in his time when the Crusades were in place and Muslims and Christians were seeing each other as enemies.

Last week a mosque in Toronto had to be closed due to violent threats being received.  We as Catholics are called to be instruments of peace and dialogue with all people and reject any hatred based on religious identity.  We need to actively oppose any hatred in the name of religion.

An important mission of the Catholic Church today is to be an instrument of unity, focused on the common good and solidarity among all humanity.

The Church should be a home among homes, for all peoples, of all races, of all countries, of all religions, of all generations, rich and poor.  All Catholics are to strive for social friendship across borders and boundaries.

Our vision should see one human family, brothers and sisters all, living in one common home. 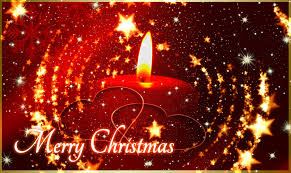