There has been considerable media coverage and discussion in recent days following the discovery of children’s remains at the former residential school in Kamloops, British Columbia. The discovery has reopened a painful wound for many in our country and has identified the need for all Canadians to learn more about our history, the role of residential schools as part of that journey and to seek the truth regarding all those who suffered and continue to do so to this day.

The abuse of Indigenous peoples is a dark chapter in the history of Canada and the Catholic Church. While the Church has cared for and served Indigenous people in many ways, it is undeniable that some members of the Church undermined the dignity of First Nations people. There is evidence that much of this abuse occurred at residential schools, which were largely operated by Christian denominations.

This communication is intended to provide some context and address some frequently asked questions about this important issue. We must all join in the collective efforts on the path to healing and reconciliation with Indigenous peoples.

The discovery of 215 unmarked graves in late May 2021 will require further investigation to help seek the truth of who these children were, how they died and how they were buried so far from home. The school was built and initially operated by the federal government, opening in 1890. In 1892, the federal government asked a Catholic order, the Missionary Oblates of Mary Immaculate, to take over operations, which they did until 1969. The federal government resumed operations of the school from 1969 until its closure in 1979. The religious order issued a formal apology in 1991 in addition to paying settlements to residential school survivors. An excerpt of the apology reads as follows:

“We wish to apologize in a very particular way for the instances of physical and sexual abuse that occurred in those schools…Far from attempting to defend or rationalize these cases of abuse in any way, we wish to state publicly that we acknowledge they were inexcusable, intolerable and a betrayal of trust in one of its most serious forms.  We deeply and very specifically, apologize to every victim of such abuse and we seek help in searching for means  to bring about healing.”

Father Ken Thorson, current Superior of the Missionary Oblates of Mary Immaculate, has reached out to the Tk’emlups te Secwépemc Chief Rosanne Casimir to offer assistance and to express sympathies following the discovery of the remains of 215 children on the grounds of the former school. Father Thorson has communicated that records from the Kamloops Indian Residential School are with the Royal British Columbia Museum and has indicated the order will assist in sharing any information regarding records at this and other locations where the order operated schools.

Among the groups of dioceses and religious communities that operated residential schools, there is a spirit of cooperation with Indigenous peoples with regards to personal records and information relating to the former schools. At the same time, there are also privacy rights, including those of Indigenous peoples who attended these schools, which need to be taken into consideration on a case by case basis.

3. Why aren’t we hearing an apology from the Catholic Church in Canada?

There is no such entity as the Catholic Church of Canada. Each Catholic diocese and religious order is an independent legal entity. Despite this reality, in 1991, Canadian Catholic Bishops, along with leaders of men and women religious communities, issued a statement that “We are sorry and deeply regret the pain, suffering and alienation that so many experienced” at residential schools.  Approximately 16 out of 70 Roman Catholic dioceses in Canada were associated with the former residential schools, in addition to about three dozen out of over one hundred Catholic institutes (commonly referred to as religious orders). Each diocese and institute is corporately and legally responsible for its own actions.

Many of the dioceses or orders operating schools have offered apologies, dating back to the early 1990s. In recent days, many bishops throughout Canada have offered statements and introduced other initiatives to continue our ongoing path to truth and reconciliation.

A listing of some of the numerous apologies and other resources can be found at:

The Archdiocese of Ottawa-Cornwall did not operate residential schools yet we share the collective grief and sorrow as the result of any representative of the Catholic Church inflicting pain or abuse on an individual, especially vulnerable children.

Yes, in 2009, the National Chief of the Assembly of First Nations, Phil Fontaine, along with other Indigenous representatives, had a moving encounter with Pope Benedict XVI at the Vatican.  In describing the meeting, Chief Fontaine told the media he hoped the expression of regret would “close the book” on the issue of apologies for residential school survivors.

Another attendee at the meeting with Pope Benedict, Edward John, Grand Chief of the First Nations Summit in British Columbia, said the Pope acknowledged the suffering of those who are still living with the effects of their experiences at the schools. In comments to the media he said, “I think in that sense, there was that apology that we were certainly looking for.”

The Catholic Church continues to work alongside and with Indigenous communities in order to foster an ongoing culture of reconciliation. There have been, and continue to be, numerous initiatives by Catholic dioceses, institutes and organizations throughout Canada to assist with support the ongoing healing and reconciliation journey.

The Holy Father has already been invited to Canada by the present and previous Prime Minister. The Catholic Bishops of Canada, including the current and past Presidents of the Canadian Conference of Catholic Bishops, have assured the Pope they would joyfully and gratefully welcome him in a visit to Canada. Likewise, in a number of instances, Canadian Bishops, individually and collectively, have formally invited Pope Francis to visit, including with specific reference to Call to Action #58 (a recommendation of the 2015 Truth & Reconciliation Commission asking the Holy Father to apologize on Canadian soil within one  year of the report being issued).

Pope Francis has encouraged the Bishops to continue taking leadership and assuming their proper role in pursuing their pastoral engagement and reconciliation efforts with Indigenous peoples, including ongoing conversations among the Bishops and Elders. This work builds on past apologies, dialogue and the desire to move forward together.

A formal papal visit involves a number of steps from both government and church leadership as well as significant logistical, financial commitments and other considerations. No papal visit has been publicly announced at this time.

The Holy See and the Canadian Conference of Catholic Bishops were never involved in running the former schools. The “Roman Catholic Entities” named as parties in the IRSSA were legally deemed to have fulfilled the requirements of the settlement agreement by a judicial review. Following this review, the former Conservative government released the entities from further obligations – a decision which the present Liberal government did not appeal.

The 50 or so individual entities which signed the IRSSA paid:

Those same entities, together with other dioceses, institutes and national Catholic organizations, continue to be involved in efforts across the country to provide in-kind contributions, which go well beyond the scope of the Indian Residential School Settlement Agreement.

Our Lady of Guadalupe Circle is a Catholic coalition of Indigenous people, bishops, lay movements, clergy and institutes of consecrated life, engaged in renewing and fostering relationships between the Catholic Church and Indigenous Peoples in Canada. For more information visit: www.ourladyofguadalupecircle.ca 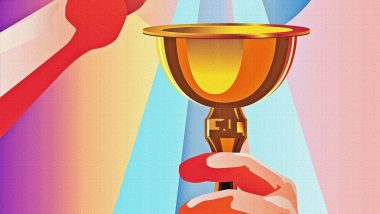 How Do We Want To Be Known 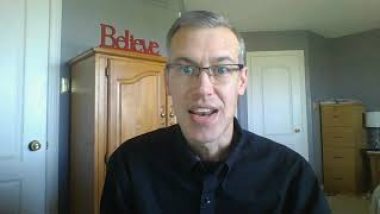