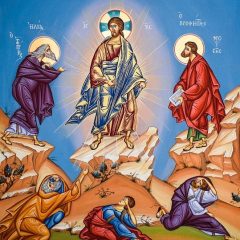 Discerning The True Will Of God 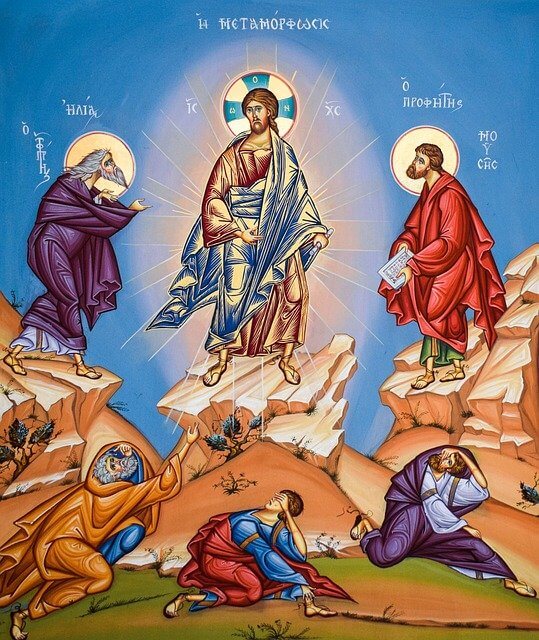 2nd Sunday Of Lent – Year B

What we think God wants is not always what God actually wants.  We need to be very careful in thinking that we know what God wills.  We need to be humble and discern carefully.  Because in history there have been many times that in the name of religion or in the name of God, people have done very terrible things.  There is a saying that most people have just enough religion to hate and not enough religion to love.

The story of Abraham and Isaac is an example of how it is possible to misunderstand what God wills.  Abraham is told to sacrifice his only son Isaac.  Was this ever the actual will of God?  Surely not.  Though there were certain tribes and groups in that area of the world at that time who did sacrifice human beings in the name of God, as a form of worship.  Abraham comes to a new understanding, a development in his discernment of God’s will.  Abraham is known as the father of faith, he was ready to surrender everything for the will of God.  But, he came to understand in a deeper way the will of God.  Certainly not a God of senseless sacrifices or human suffering in God’s name.

All of us need Transfiguration like experiences to allow us to discern more carefully the true will of God.  To allow us to see beyond the surface of the events and circumstances of our life.  When we experience struggles, failures, suffering and ultimately the reality of death, we need to see deeper, below the surface, to the will of God.

A Transfiguration experience may be when we spend time alone with God, away from the distractions of daily life.  A time of silence, solitude and prayer.  This opens our hearts and minds to see below the surface of the events in our life.  This is so important if we are to understand in a deeper way when we experience struggles in life.  Then we are able to recognize God calling us to get back up, not to give in to despair.  To see the light beyond the dark moment.  Of course, the ultimate darkness is the reality of death.  But, the will of God is for our salvation, offering us new life in the resurrection.

Pope Francis, in his new book called Let Us Dream, reflects on what this Covid crisis means to us today and how we can move forward in a new and better way after this.  In it he speaks about how the church needs to discern the “signs of the times”, to see how the Spirit is at work in our world.  We have to interpret and pray over the events in our lives in the light of the Gospel.  We should all be reflecting and praying over our experience in this Covid time.  What can we learn from this, what grace is offered in this moment, how is God calling us to respond in this unique situation?

Often what we think is the will of God, what we think God wants, is not the will of God at all.  We need to discern carefully and humbly.  We need to go up the mountain in silence and solitude to allow God to open our hearts and minds.  There we will be able to see more clearly the surprising and unexpected ways of God.  We will be able to see even in the dark moments of our lives, the blessings that God desires for us. 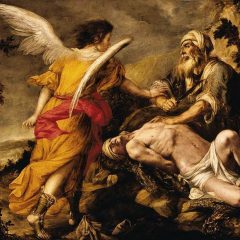 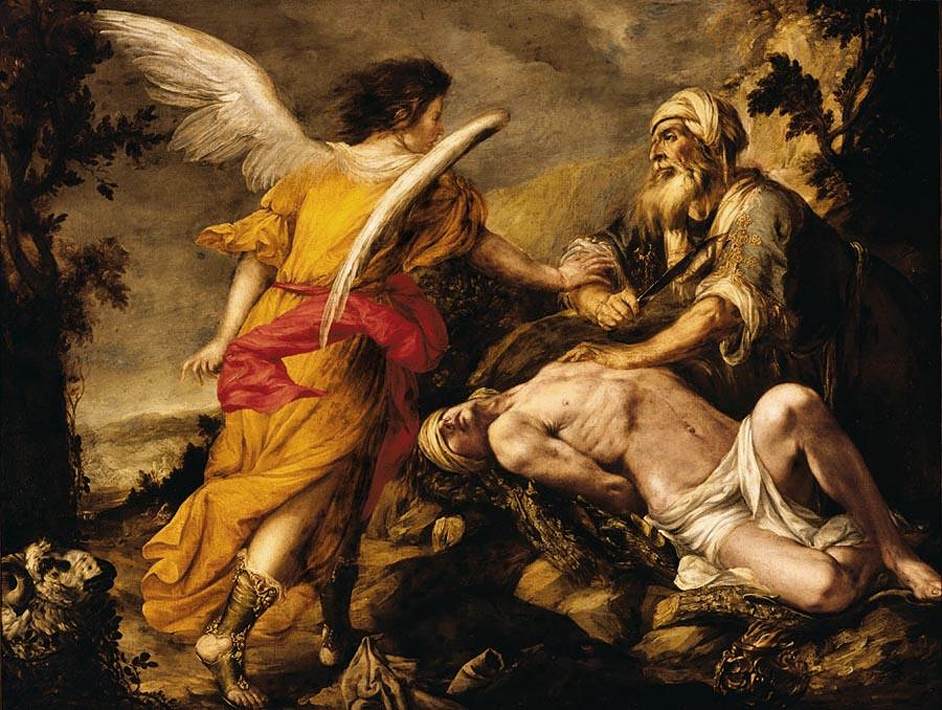 Second Sunday of Lent – Year B

I think we can find it difficult to understand the story of the sacrifice if Isaac. We wonder, “how could Abraham be willing to sacrifice his own son? How could cod ask for such a thing?” I think that to at least begin to understand the story of the sacrifice of Isaac we first need to first understand the nature of sacrifice.
The people of Israel were a people of sacrifice. They had a temple and at that temple they would offer sacrifices to God. The sacrifice would be placed on the altar and burned, and the smoke going up to heaven was a sign of their sacrifice going up to God. They had a sacrifice for everything. If you were a farmer you sacrificed your first fruits of grain or grapes. If you were a shepherd you sacrificed your firstborn sheep, and the same with cows and oxen. They had sacrifices if you had committed a sin called a sin offering, they had sacrifices for when something good happened, called a thanksgiving sacrifice.
They burned incense, and lit candles, all as a sacrifice to God. And why did they make so many sacrifices, because God asked them too. It was a prat of the law that God had given them that regulated the sacrifices and when they needed to be made.
But why would God do such a thing. God has need of our grain and wheat, sheep and oxen. He is God, eternally perfect, eternally self-sufficient. So God is not actually benefiting form any of these sacrifices. That is true, God gained nothing form these sacrifices, but the people gained everything. You see, God knew that the only way for his children to be happy was to be in a proper relationship with him, that means to love him above all things. And only if God was in the proper place in their lives would everything else be good as well. The problem is that other things always competed for the highest place in Israel’s life. Food and drink, material wealth and security. At times these things became more important than God. So God chose as the antidote sacrifice.
Imagine a young couple who are in love, lying in a filed looking up at the blue ski. The girl asks the boy, do you love me. He says, “of course I love you?” She says, “do you love me more than your car”. “of course I love you more than my car” he says. “Do you love me more than your house” She asks. “of course I love you more than my house.” He says. “do you love me more than anything you own.” Finally he responds, “ I love you a hundred times more than all of these things.” She says, “good, then you wont mind if I have them do you? I mean you love me most right?.
That girl is asking her boyfriend to put his money where is mouth is. If he actually loves her above all his material things than he should care if he becomes poor as long as he has her. Well God does something simler when he askes his people for sacrifice. He asks them do you love me above all things? And when they say “yes”, he says, “Ok prove it give it to me”. Its not because God actually wants it, rather he wants our love, and we show it by giving him the things we should love less.
Now there is one time and one time only that God ever asked for a human sacrifice, and that is the story of Abraham and Isaac. I think the reason why God only did this once was first to show that he was not like the other gods of the time who regularly demanded human sacrifices. He was different he did not want that and he showed that when in the end he stopped Abraham showing that it was only a test.
But I think another reason why God only did this once was he knew that after God, our family was and should be the closes thing to our heart. In the ten commandment, after the commandments regarding love of God, the first that regard love of neighbour starts with the family. Honour your mother and father. So God wanted to make sure that even though he should be the highest thing in our life, family should still be next in line. And so only once did he ask Abraham to sacrifice his son. Only once did he ask Abraham, do you love me above all things, only once did he test Abrahams love and find that it was pure.
Now we are still in the beginnings of the season of lent. A season where we give things up. But unlike new year’s resolutions where we change for the sake of self-improvement, our sacrifices in lent are purely for the love of God. We like Israel, put our money where our mouth is when we tell God I love you above all these things. And while you shouldn’t give up your first born son, the point that God is making is that we should give up things that are creeping into his place.
Things that are becoming our number one love when God should be. And we know there are things like that in our life. Things that we think about too much, things that we couldn’t possibly live without, and even things, that when push comes to shove I don’t know if I would choose God or it. Those are the things we need to give up this lent. Those are the things that we need to sacrifice to God. And in doing so we will but them in their place, and put God in his proper place, and we know that a life lived with God at the top will be more blessed than any other.
Continue Reading