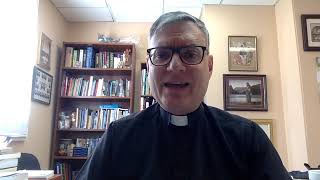 If you prefer to read, below is Fr. Mark’s Answer:

There are many branches within Christianity.  In fact, one of the challenges of Christianity from the very beginning was to maintain unity.  Jesus himself in John’s Gospel, in his great prayer to the Father on his last evening, prays that his followers may be one as he and the Father are one.  The apostles and first believers had disagreements and tensions.  The letters of Paul constantly refer to divisions and disputes among the believers and Paul is always encouraging them to be united and not to separate into various factions.

In the first centuries there were great disputes over the Church’s teaching about the identity of Christ.  This led to some groups separating into their own churches.

Historically a major cause of tension was the split of the Roman Empire into an Eastern and Western side.  Over time, different practices, liturgical rites, and so on led to difficulties.  This combined with political issues led to the first great schism of the church in 1054 when both East and West excommunicated the other.

The Eastern Church became what we refer to as the Orthodox Churches who were no long in union with the Pope, the bishop of Rome.  Over the centuries there were efforts to restore unity between East and West which were not successful.  But, it did lead to some churches of the East being formed that were once again in union with the Bishop of Rome within the Catholic Church.

The next great division within Christianity took place in the Western Church.  We refer to it as the Protestant Reformation beginning with Martin Luther in the 16th Century.

Beginning as a desire to reform the Catholic Church, human sin and failings on both sides led to division.  The Protestant communities gradually divided into many different sects and groups.  Later on the Church of England split from Rome under King Henry VIII, forming what we now know as the Anglican Church.

Beginning in the twentieth century new efforts began, first of all among Protestant missionaries, to strive for greater Christian unity for the sake of the mission of evangelizing.  We refer to this as the ecumenical movement.

At first the Catholic Church was not involved in any formal way with this movement.  But, at Vatican Council II in the 1960’s the Catholic Church officially embraced a commitment to strive for Christian unity.  It was expressed in the Decree on Ecumenism.  This began a great movement with theological dialogues between the Catholic Church and the various Orthodox and Protestant churches and communities.  It led to great change as we began to see other Christians not as heretics or as people to be avoided, but as brothers and sisters in Christ.  We now pray together, work together on social needs, and continue to look for greater unity as the Church of Christ.

The Catholic Church is committed to the ecumenical efforts for Christian unity.  The unity of the Church is not seen as uniformity, but unity in diversity.  This commitment to unity is rooted in the will of Jesus that his followers be one.  Theologically it is rooted in the Trinity, one God in a diversity of Persons.  The Church is called to such a communion.  Rather than being in competition with other Christian churches, we are to see them as brothers and sisters in Christ.  Rather than looking at differences, we see it as gift sharing, as we share our diversity and the gifts we bring to the Christian mission.

Unfortunately Christianity has experienced divisions through the centuries.  We as Catholics today are called to be instruments of unity, to work and pray for unity, to see other Christians as brothers and sisters in Christ.  Each Catholic is called to embrace an ecumenical spirituality, being guided by the Spirit into the unity that Jesus wills for his church.  Our parish community will be called upon to be in good relation with the other Christian communities within our parish area.  To find ways to pray and work together.  All of us need to be open to a change of heart, a true conversion.  As we are led to deeper unity with Christ it will lead to deeper unity among each other. 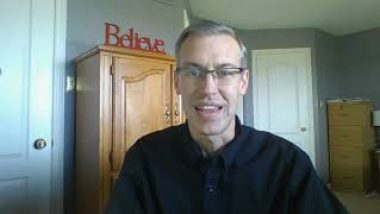