Question: Are there sections of the Bible which are supposed to be taken literally? If so, what are the names of those sections? 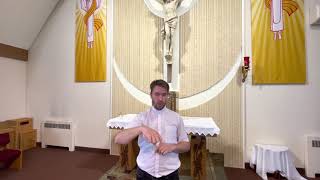 If you prefer to read, below is Fr. Paul’s Answer:

First of all – thank you for this excellent question which comes to us from one of our high school students. This answer will be geared towards the high school class which asked this question.

Let’s take a look at 2 important points: Biblical studies, and secondly, the origins of the Bible.

This area of study is immense. It covers topics such as interpreting the Bible, the origins of the various texts and what they meant in the original context and culture they were given in, understanding the ancient languages they were written in, the sociological and theological implications of the texts, the genre and style that different texts were written in and much more.

Obviously we won’t be able to cover much in a short video but hopefully we can clarify a few things about the Bible and get you started down the extremely interesting rabbit hole known as Biblical studies.

So where exactly did the Bible come from? I think a lot of times we almost assume that the Bible dropped in our laps from the sky – or that the early Jewish prophets walked around with stone tablets writing what they saw or disciples or apostles followed Jesus around with a notebook, writing the Gospels as they went along.

The Bible actually comes to us from human beings who were inspired by God. It is a compilation over thousands of years of how God works and continues to work through the lives of human beings. The first disciples and apostles were eyewitnesses to Jesus- His life inspired them so much they dropped everything they were doing, and formed the Church – a community of like minded people who followed Jesus.

At first, this group known as the Church, or the first Christians, or followers of Christ was very small. They practiced everything that Jesus had taught them – the Mass, the sacraments like Eucharist, Confession, Sacrament of the sick, priesthood, but since it was a small group of friends – there was no need to write it down or codify it. Over time, their good lives influenced other people, who also wanted to become Christians. As such, over the years, the need gradually came to write down the deeds of Jesus and the Church and compile them into a holy book known as the Bible.

Since the Bible came from the Christian community, or the Church, it was interpreted and understood always in the context of their Catholic faith which they practiced daily.

Fast forwards to today. There is an idea that we can separate the Bible from where it came from – the Church – but it is simply not possible. You need one to understand the other – and it makes logical sense, because the Gospels didn’t fall down from the sky – but was a product of God working through the Christian community.

If you want to know what is literal in the Bible and what isn’t – look to what we believe as Catholics. The Bible and the Church can’t literally be at odds with themselves – because the Bible comes to us from the Church – the community of Christians.

It’s a fascinating area, and the deeper you go, the more detailed and cool things you’ll learn about the Bible and about Christianity and why we do what we do. A wonderful area to start is this: Fr. Mike Schmidt and his podcast “The Bible in a Year”. It’s available for free on most podcast apps – highly recommend it.

Thank you for listening in to this Question and Answer series. If you have follow up questions to this answer or have other questions send them in to us. 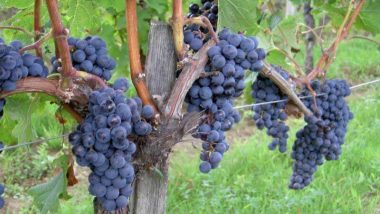