Question: Why do some people dedicate their whole life to believe and teach about their religion? 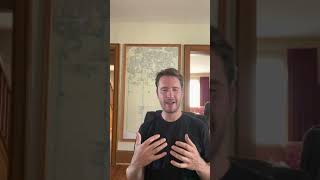 If you prefer to read, below is Fr. Paul’s Answer:

Let’s take a closer look at this question sent to us by one of our teens from the local high school and examine 3 points.

When I first saw the question, it seemed to me that an underlying question was asking – is it really worth it to dedicate your life to religion? For example, let’s insert another profession or carer instead of  into the question and see if it makes sense.

The reality is that, if something is important to you, and you feel called to do it, and it makes you feel happy and completed, why wouldn’t you do it?

Everyone is made differently, and since, religion and God are the most important thing in life, it makes sense that for a portion of the Catholic population, they feel called to pursue a calling in religion as a priest, sister or brother.

2. Non importance or boring is relative

You can likewise be a good and faithful Christian and go to Mass and the sacraments even if you don’t want to be a priest or a nun. I feel its important to highlight this because many teens are naturally very idealistic and have an ‘all or nothing’ approach. You can be a devout Catholic without being a priest or a religious sister. It’s whether God calls you to serve Him and His people in a specific way or not.

I can only speak for myself – but for myself and in fact, for many priests and sisters who I know, the journey of how they decided to be a priest or a sister wasn’t actually that mysterious and in a lot of ways, very ordinary.

I would compare it in a sense to having a crush on someone. It might start with a quick glance, then you want to get to know them more, hang out more. Over a while it might get more serious, and in many years end up in marriage.

It’s similar with a vocation (the word we use to describe a “profession” in the Catholic faith and means a calling in Latin) to be a priest or a sister – starts off small and grows over time.

In my case – I grew up playing a lot of hockey, ended up studying Mechanical Engineering, and slowly along the years going to university felt a slow and steady idea to check out becoming a priest. I did – and here I am.

Realize that there’s no ‘ideal candidate’ or ‘special type of person’ – God calls whoever He wants. And if you feel that God is asking you to serve Him as a priest or sister, don’t get all caught up in stereotypes about what a priest or a sister is supposed to be like or what they have to do – let God do the guiding – and as for you – just listen and follow. 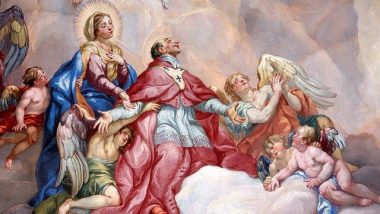